The Hangar was built in 1927 as the Natrona County Airport.  In September 1930, Wardwell Field was named in honor of Major Doyen P. Wardwell of Casper, a pioneer of aviation development in Wyoming.  He passed away when the plane he was piloting went into a tailspin and crashed near the airport on August 8, 1929.  Wardwell Field eventually closed and the airport relocated to the former Casper Army Air Base. 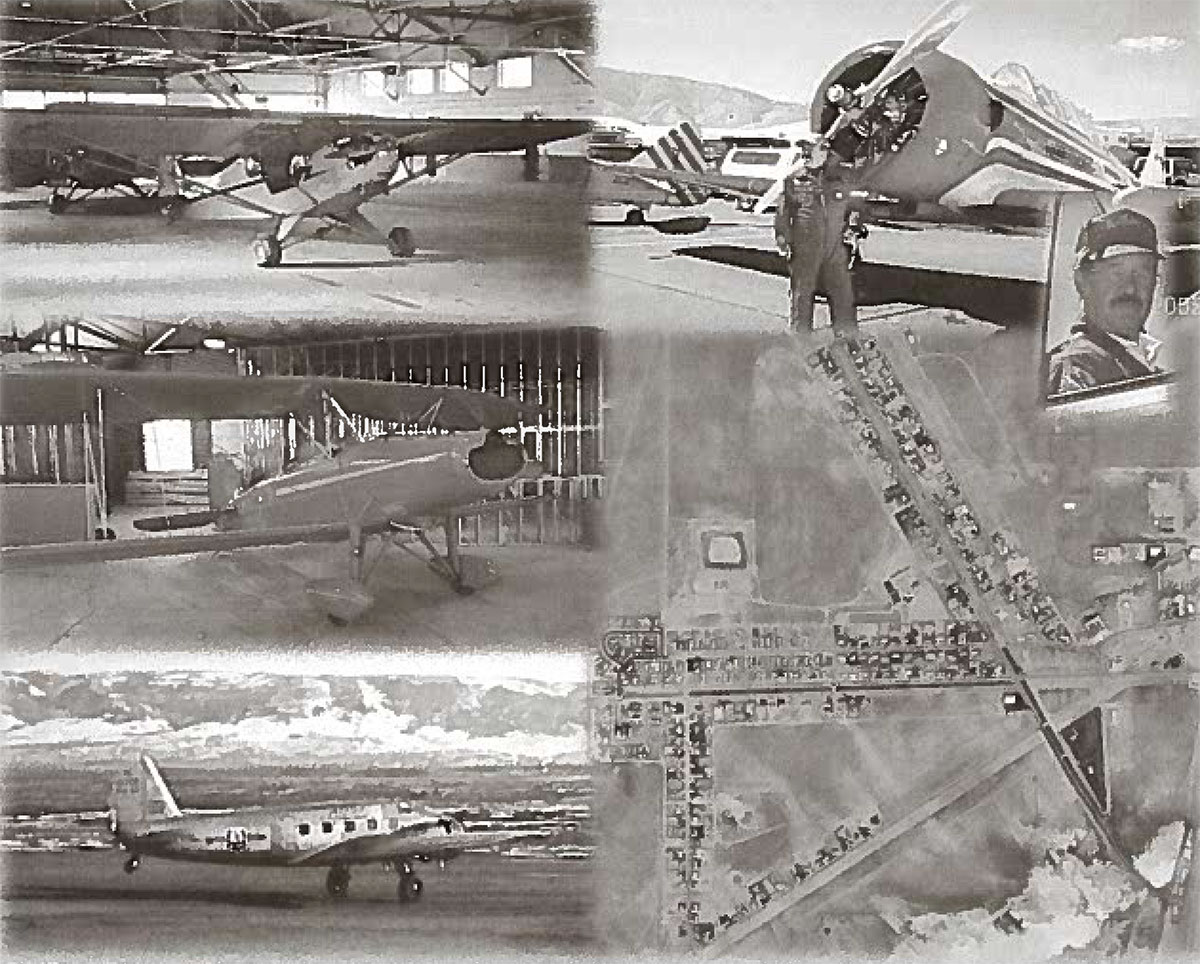 The plane displayed in The Hangar was owned and raced by James C. “Jim” Good. Jim was a native of Nebraska who served four years in the army, taking part in the Berlin Airlift in Germany. After his discharge in 1952 he moved to Wyoming where he worked in the oilfields, learning the blacksmith trade and auto mechanics.  He then pursued his fascination with aeronautics, earning his private pilot license in 1965.   In 1972 Jim earned his airline transport pilot license flying for Amoco Oil Corp in Casper; logging more that 34,000 hours flying until his retirement in 1995. Jim gave tours to school groups and various organizations at Good Warbirds Museum located at the Natrona County International Airport. Artifacts of the tour included a Korean war-era Russian MIG-15.

Romie Nunn, who moved to Casper in 1918 with his family, was a local rancher and successful businessman and owned a portion of the Wardwell Field Property. He repurchased the airport property (consisting of 640 acres) in 1954 for $205000.  Nunn hoped to make it “the Horse Center of The Rockies,” but instead subdivided the area in 1958, naming it Bar Nunn Ranch Subdivision.  Wardwell Field is now the location of the town of Bar Nunn; the runways became the city streets.

In 1990 Bundy’s purchased the building from being torn down. Bundy operated Bundy’s Marine until 2012.