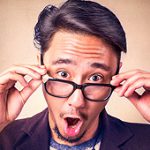 Michael Freeman, a sous-chef at Giglio restaurant in Los Angeles, is famous for his main courses included in our menu. He made a great career during the last 10 years, and Los Angeles branch of Giglio restaurants just helped him to polish and bring to perfection his outstanding culinary skills.

Michael was born to an English teacher and a bus driver in Glasgow on July 17, 1987. He was raised in Lyon, France. This event somehow defined his future professional path. After finishing secondary school in Lyon in 2004, his parents signed him up on a cooking course for teenagers, where young Michael showed his first cooking success. Shortly after leaving school, he attended the Lyon Culinary Arts University out of hand, where he studied for 4 years.

Michael’s first practice in cooking began long before he graduated from the university in 2008. Before moving to Los Angeles with his family, he has been practicing as a sous-chef trainee at a small restaurant near Lyon for a year. In LA Michael discovered that his opportunities are literally endless – he could improve his skills and get recognized as an important part of American culinary industry. He started developing his professional potential by attending culinary masterclasse, while working as a fry chef in “Palate” restaurant.

He was lucky to meet some famous American celebrity chefs and sous chefs – among them were Bobby Flay, David Chung, Wolfgang Pack and a lot of others. “Attending these masterclasses as well as working in LA restaurants was a great experience for me – all these people I met taught me valuable lessons that I didn’t know about, even though I was living in one of the most renowned culinary cities before”, said Michael in one of his recent interviews. He also added: “Now I’m really grateful to the team of Giglio Los Angeles for their patience and friendly atmosphere – since 2011 they have been helping me in becoming a real specialist.”